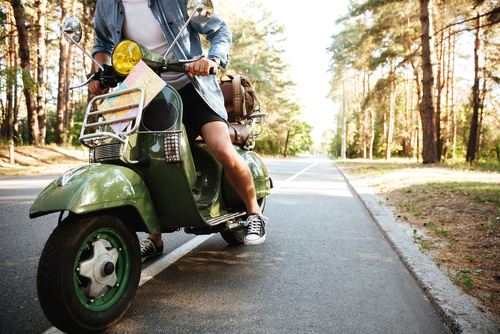 The happened at the intersection of West Pembroke Avenue and Powhatan Parkway. Four vehicles in all were involved in the crash. The vehicles included the moped, a Chevrolet pickup truck, a Hertz rental box truck and a Nissan Maxima.

The two 16-year-olds, who were both riding the moped, were both taken to the hospital, but the driver died shortly after arrival. The 16-year-old who died was Daquan Robinson, a Hampton High School student.

The driver of the Chevrolet, a 60-year-old Hampton man, and the driver and passenger of the Hertz truck were also taken to the hospital and were treated for non-life-threatening injuries.

A police investigation discovered the moped was intending to make a left-hand turn to head south on Powhatan Parkway when the Chevrolet, traveling west on West Pembroke Avenue, hit the back of the moped.

The moped and Chevrolet were then pushed into the intersection, where both hit the Nissan Maxima, which was making a left-hand turn from Powhatan Parkway east onto West Pembroke Avenue.

The Chevrolet and moped then collided with the Hertz truck, which was stopped at the light on West Pembroke Avenue (eastbound), before coming to a stop.

The investigation is ongoing.

Virginia Law: The Difference Between a Moped and a Motorcycle

If a moped is operated in excess of 35 mph or has a motor that displaces more than 50 CCs, it is considered a motorcycle as per Virginia law.

* Virginia State Police-approved helmet required for moped riders. Helmets should meet or exceed the standards and specifications of the Snell Memorial Foundation, the American National Standards Institute, Inc., or the U.S. Department of Transportation.

Virginia law requires mopeds operated on Virginia roadways to be titled and registered. After applying for and DMV will issue one license plate per moped to be placed on the rear of the vehicle. When titling a moped, you will be requested to complete a Moped Certification form indicating how you intend to operate the vehicle.