To put it bluntly, this is getting ridiculous.

Recently another innocent person's life was permanently altered because of a driver prioritizing her cell phone over actually driving. 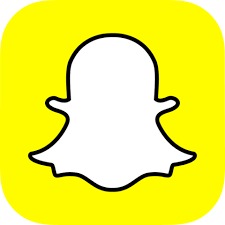 If you haven't heard already, Snapchat's speed filter is a feature of the messaging app that allows users to capture the speed of their phone, along with a selfie.

That's great and potentially entertaining if you're running sprints or flying on a plane. But when you try to clock yourself driving at a new land speed record in your parents' car, that's when things get out of hand.

But that's exactly what happened with Atlanta's Christel McGee, who decided to push her speedometer to the limit and capture the moment for her Snapchat contacts.

McGee's phone—and her car—were caught at a reckless 107 mph by the app, along with McGee's face, totally oblivious to the extreme danger she was putting other drivers in.

Just after capturing her feat on camera, McGee rocketed into a merging vehicle driven by Wentworth Maynard, a local Uber driver. Maynard's car was sent hurtling across the highway (where the speed limit was just 55 mph).

Maynard and McGee are both lucky to be alive, but the victim's life will never be the same. He spent weeks in intensive care, and suffers from traumatic brain injury preventing him from ever walking or working again.

The victim is seeking damages from both McGee and Snapchat, claiming the latter is encouraging reckless and dangerous behavior all for the sake of the “prestige” users get for making their phones travel the fastest.

Let me be clear—this is not a joke. A man's life has been changed forever because one person decided driving wasn't as important as taking a picture on her phone.

Every time you reach for your phone to take a picture or text someone while driving, you put dozens of other drivers, passengers and pedestrians at risk of severe injury or death.

When you're behind the wheel, your job is driving. That's it.

Let's stop these avoidable tragedies once and for all.