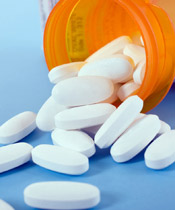 The US Food and Drug Administration (FDA) moved to recall the prescription painkillers Darvon and Darvocet along with generic drugs containing the same active ingredient, dextropropoxyphene. This recall took place after decades of complaints about the various dangerous side effects associated with Darvon and Darvocet. Dextropropoxyphene was approved by the FDA for post-surgical pain relief in 1957, and consumer advocacy groups like Public Citizen had been calling for a recall of Darvon and Darvocet since the late 1970s.

If you have been injured or lost a loved one because of taking Darvon or Darvocet, you may be able to bring a pharmaceutical injury lawsuit with the help of a product liability attorney at Kalfus & Nachman.

The Deadly History of Darvon and Darvocet

Over the five decades in which Darvon and Darvocet were used in the US, evidence was mounting that these defective prescription drugs had dangerous and even deadly side effects. Public Citizen warned the FDA as early as 1978 that dextropropoxyphene was highly addictive, caused a buildup of toxins in the heart, and even led to suicidal tendencies. Furthermore, more than 2,000 accidental deaths from heart rhythm abnormalities related to Darvon and Darvocet have been reported since 1981.

Britain’s Medicines and Healthcare Products Regulatory Agency (MHPRA) recognized the danger of Darvon and Darvocet and pulled them from the UK market in 2005. The US Food and Drug Administration, however, declined to take action on these dangerous drugs even after a renewed petition from Public Citizen in 2006, who then sued the FDA two years later for failing to act. After a 2009 advisory panel recommendation, the FDA finally recalled Darvon and Darvocet in November 2010. It is unknown how many patients died from the effects of Darvon and Darvocet while the FDA delayed action.

Painkillers Darvon and Darvocet Pulled from US Markets

In November 2010, the FDA announced that Xanodyne Pharmaceuticals, the maker of Darvon and Darvocet, had voluntarily withdrawn these painkillers the from US markets. According to Dr. John Jenkins, director of the FDA's Office of New Drugs, Center for Drug Evaluation and Research, the administration "has recently completed new clinical trials that were designed to assess the impact on the electrical activity of the heart." The trial showed that propoxyphene can cause potentially serious or even deadly arrhythmias. "We concluded the pain benefits of propoxyphene no longer outweighed the heart risk and that propoxyphene should no longer be sold in the United States, " Jenkins said.

The FDA has also asked that generic versions of the drug be withdrawn. In 2009, approximately 10 million people in the US were taking propoxyphene.

If you or a family member who was taking a medicine containing dextropropoxyphene suffered a heart arrhythmia, overdose, or suicide attempt, you may have grounds for a lawsuit against the makers of Darvon and Darvocet, but you will need to act quickly. There is a legal deadline for filing pharmaceutical injury lawsuits and wrongful death lawsuits in Virginia and South Carolina, and missing that deadline could jeopardize your lawful compensation.

At Kalfus & Nachman, our pharmaceutical injury attorneys can help you get your product liability lawsuit or wrongful death claim filed on time and will fight to hold the makers of Darvon and Darvocet accountable. Our lawyers are experienced negotiators and litigators, ready to represent you in negotiating a settlement or argue your case in court.

Call (855) 880-8163 now to speak with an attorney. We help families in North Carolina and Virginia, including the communities of Norfolk, Hampton, Newport News, Portsmouth, Roanoke, and Virginia Beach.