By Kalfus & Nachman
January 10, 2017
Possibly tens of millions of drivers in the US don't have insurance coverage. The thought of getting into a crash with an uninsured driver sounds like a nightmare—who will pick up the tab? What will your insurance company say? The weather in Hampton Roads over the last few days makes everyone driving fearful of a collision. 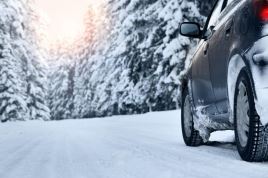 Fortunately, the situation isn't that complicated for Virginia and North Carolina residents for one very simple reason—citizens of both states are required by law to carry uninsured motorist coverage with their insurance policy.

Of course, the specifics of your policy may vary. Be sure to check with your insurance provider for the details—but in general, your premiums shouldn't even go up after a crash with an uninsured driver, assuming you aren't at fault.

Whatever you do, don't accept cash from an uninsured driver at the scene of a crash. Even if you'd both like to avoid the hassle of dealing with your insurance company, the fact of the matter is that car damage estimates are incredibly tricky to predict at first glance.

What might look like $300 worth of surface damage could wind up being $3000 of extensive work. And, if you accepted cash at the scene, now you're the one stuck with the remainder of the mechanic's fee.

Even though you have uninsured motorist coverage, it's crucial to take down the other driver's data at the scene of the crash for your insurance purposes. Otherwise filing your claim becomes a lot trickier.