After last month's wrong-way crash involving an oil tanker in Ohio, more attention is being called to local wrong-way crashes, which are becoming more common on I-264.

Wrong-way collisions can be difficult to avoid and extremely dangerous. But there are steps you can take to recognize and avoid danger—read on to find out. 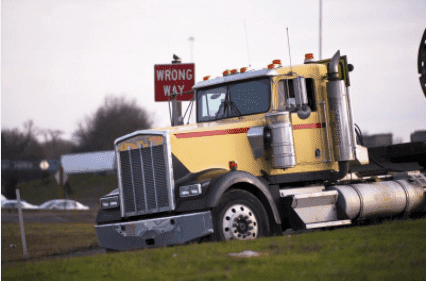 1. Recognize the other driver ASAP

With more time to react, you have a much higher chance of avoiding a crash. Scanning the road far ahead of your vehicle allows you to spot wrong-way drivers in advance.

Because 31% of wrong-way crashes happen between 12 am and 3 am and 57% occur on weekends, be extra cautious late at night and on Saturday and Sunday.

Shift into the rightmost lane as fast as possible. Nearly 70% of wrong-way crashes involve alcohol, and impaired drivers often drive far away from the shoulder to avoid being pulled over by sobriety checkpoints.

If you're stuck between barriers and another driver, do everything possible to get the attention of the wrong-way driver, flashing your lights and honking your horn in an attempt to make them move or stop.

If it's not possible to avoid the crash, do everything you can to avoid striking the other car head-on. Head-on collisions are among the most dangerous and deadly. While you may still be seriously injured regardless, your odds of surviving will improve.

Even if you successfully avoid the collision, never assume someone else was able to call the police. Pull over right away and call 911—you could save someone else's life.

Wrong-way collisions are serious and often deadly. While you can't make other drivers adhere to the rules of the road, the least you can do is be prepared for the worst, and know what to do to keep yourself safe from harm.