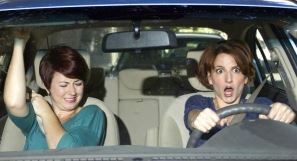 In both cases, a claim against either driver's insurance policy would be considered a third party claim, since neither of the insurance policies is your own.

Third party claims can be sort of tricky to understand. For example, if both drivers were partially at fault for the accident and on driver's insurance doesn't cover the full cost of your losses, you may need to pursue an additional claim against the other driver.

The total amount you would be able to recover depends on the at-fault driver's liability coverage, and you're not able to double-dip into both drivers' liability coverage and receive more than you're entitled.

One of the most frequent instances of passenger injury

es involves riding in vehicles with drivers the passenger knows, and in many cases lives with—such as a close relative.

Navigating the red tape and paperwork involved after an accident is tough work, and might require professional help. If you're having trouble getting the compensation you deserve, seek out a qualified attorney ASAP.