By Kalfus & Nachman
January 23, 2017
Statistics can be thrown around and manipulated to tell just about any story, whether that's true or not 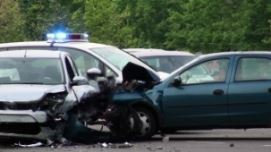 Especially with major highways like I-64, RT 13 and RT 460 crisscrossing the state, Virginia and Central Virginia area sees its fair share of fatal accidents.

A report from the Insurance Information Insitute would, at first glance, seem to suggest that cars are extremely dangerous and should be avoided at all costs.

The data shows that people are far more likely to die in a car crash than by firearm, slips and falls, plane crashes, natural disasters, dog bites and more. But what the report also mentions is something we tend to overlook—driving and riding in cars and other vehicles is extremely common.

You likely spend far more time in a car than you do climbing ladders, swimming, or being exposed to smoke or fire. While deaths by car crash are much more common than most other sources, that's not necessarily because vehicles are so dangerous.

Rather, it's a product of their frequent use on a daily basis by a majority of people.