While Millennials get a lot of attention for their driving habits, younger drivers aren't the only group of people behind the wheel. And according to data presented by the National Highway Traffic Safety Administration, older drivers are one of the safest groups on the road.

Older people (here referring to drivers 65+ years of age) account for roughly 14 percent of the US population and make up17 percent of yearly traffic fatalities and 10 percent of annual traffic injuries.

Over the past few years, traffic fatalities for older drivers have been steadily declining, down 9 percent for drivers and 6 percent for pedestrians.

More interesting is the fact that the number of older drivers in 2013 increased by 27 percent from just ten years prior. Even though older drivers are on the road, traffic deaths and injuries within the group are still decreasing. 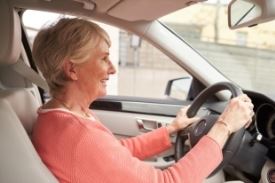 The numbers seem to suggest that older drivers behave safer behind the wheel—accident involvement rates for drivers aged 65 years or older were lower than any other age group, and roughly half of that for millennial drivers.

While it's impossible to draw conclusions about every driver from the data, the trends are apparent and seem to suggest that we become less and less likely to cause crashes as we age, and older drivers have become safer and more reliable despite ballooning in number over the past 15 years.

No matter how old you are, continuing these trends depends on staying focused, staying alert, and always driving free of distractions.