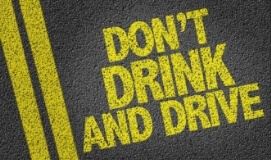 Driving under the influence is determined by your blood alcohol concentration (BAC), with different limits in place depending on age and license type.

And even if you're within the legal limit for driving under the influence, you could still be charged with various other alcohol-related crimes when you get behind the wheel. Always be aware of:

DUI penalties are strict and vary depending on your BAC and the type of license you possess. You might receive hours of community service, fines, a restricted license and/or suspended a license, or even a criminal record. For repeat offenses, expect more severe punishments.

For drivers with extremely high BAC, jail time is possible—even on the first offense.

And remember, committing other crimes while driving under the influence is all too common. Drunk drivers cause hundreds of deaths every year in Virginia, and laws are in place to punish such recklessness.

If you've been arrested for driving under the influence, seek a DUI attorney ASAP. Representing yourself in court is the last thing you want to do, especially when faced with the possibility of jail time and a suspended license.

DUI laws aren't in place to stop people from enjoying a night out—they're in place to protect us all from the dangerous effects of drinking and operating a vehicle.

For more information on the exact laws regarding driving under the influence in Virginia, http://www.dmv.org/va-virginia/automotive-law/dui.php.

Rather than play with fire and attempt to drive drunk, take precautions before you go out. Call a cab. Stay with a friend. Have a designated driver. Don't drink too much. All it takes is one bad decision to forever alter a life.