The mobile app Pokemon GO has exploded since its recent release—far, far beyond its developer's wildest expectations. 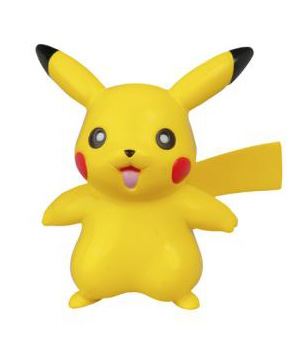 The game features a type of augmented reality where players capture characters from Nintendo's Pokemon franchise in “real life” using their device's camera and GPS.

While the app has taken the world by storm, it's also ruffling a few feathers as a handful of players have taken Pokemon GO to mean “GO anywhere, do anything.”

The most extreme cases have seen hapless adventurers being robbed at gunpoint after being drawn into unsafe neighborhoods seeking rare Pokemon.

Others have taken Pokemon GO on the go, attempting to play the game while driving—which has led to a number of crashes and near-misses.

In California, two young men walked straight off a cliff searching for Pokemon, and had to be rescued by local firefighters.

Pokemon GO has presented an entirely new way to use our mobile devices, which have already been responsible for increasing distraction—especially behind the wheel. Now, many users seem to be blurring the lines between what's real and what's actually happening in the game.

Still, others are willfully breaking the law to catch the most elusive Pokemon. There have been multiple cases of trespassing reported, especially in unsafe locations. Quite a few people have sent frantic, paranoid calls to the police wondering why cars are circling their house, or people keep stopping at the foot of their driveway to wave phones around.

Pokemon GO could very well be a fad and burn out just as quickly as it started, but it's far too early to tell. However, there's still good news—the app may be having positive effects, too.

Already, players have helped track down a murder suspect and recover a missing person.

It remains to be seen, however, if we're truly ready for this type of addictive, augmented reality app.