Gas prices are now sitting as low as $1.60 per gallon around Norfolk County, which is a far cry from the $4-plus we topped out at several years ago.

As drivers rush to the pumps, worried the mirage might not last, another trend is emerging—more and more cars on the road. 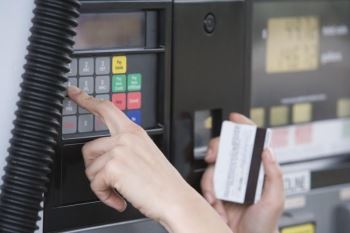 That's due to several factors, and the effects will be felt much more severely in major metro areas...like DC, for example.

For one, you have drivers of less fuel-efficient vehicles more willing to splurge on tank top-offs now that a few gallons of gas doesn't cost a small fortune. This adds bigger cars, trucks and SUVs to the commuter pool.

On the other hand, owners of all types of cars are more likely to drive themselves to work than take public transportation or carpool.

When we have something in abundance, we tend to use it up faster (and buy more) than if that item was scarce. The same logic holds true for gasoline, with drivers 5 or 6 years ago refusing to fork over stacks of cash every time they drove to work.

Now the gasoline is flowing free, with the price of a barrel of crude the lowest it's been in a long time. That adds up to carefree gas-guzzling and highway-clogging by newly liberated commuters.

And those barrels of crude aren't likely to rocket up in price in the near future—the US has quietly but massively increased domestic oil production, meaning our reliance on foreign gasoline is disappearing.

And yes, that's great news for the average Virginian and North Carolinian.

But maybe not so great when we get onto the interstate.