This year Virginia State Police have reported that the number of fatalities across the state is down compared to 2015. They reported that seven people were killed in the following counties and cities Appomattox, Buckingham, Campbell, Caroline, Loudoun, Nottoway, Newport News and Norfolk. Four of the victims were reported not to be wearing seatbelts. 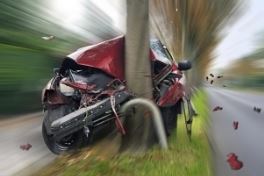 Continue to be alert and cautious and don’t drive distracted, from your friends Kalfus & Nachman.