Unfortunately, it's almost impossible to separate and categorize each and every car accident based on one underlying cause. Accidents can be triggered by a variety of factors, and often multiple 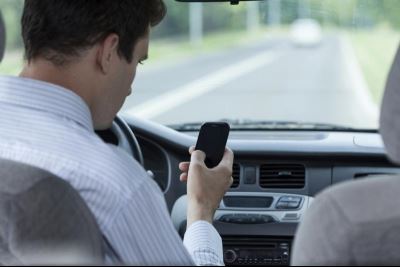 issues contribute to each crash.

At first glance, it would appear that the mass adoption of cell phones this millennium have drastically increased the number of accidents across the country—but that doesn't tell the full story.

One of the most accurate measures of car accident frequency is the total number of crashes per mile driven, which covers the fact that there are simply more drivers on the road today (and covering much more ground) than 40 or 80 years ago.

If we use national figures for crashes per miles driven, the total number of accidents in the US has actually held steady for the past few years, following a steep drop since the 1980s.

Amazingly, the number of traffic-related deaths relative to our population hasn't been this low since the 1920s.

That's mainly due to increasingly sophisticated vehicle safety features, which protect drivers better than ever before.

But the fact remains that cell phones are the leading cause of distracted driving accidents—so it should follow that a world without cell phones would have fewer car crashes.

So while it's dishonest to say cell phones have increased the total number of accidents per year, it's definitely true that cell phones are responsible for a great deal of crashes.

And the fact that distracted driving accidents are totally preventable makes cell phone use behind the wheel an even bigger issue.

If every driver put away their phone while driving, we might reach accident rates as low as they were during the dawn of the automobile itself.