Tune in to any news network, and the constant coverage of transportation accidents could leave you with the impression that the only way to stay safe is to barricade your door and stay home.

Well, the International Air Transit Association has just released its 2015 year-end summary with bright news for all of us planning on flying in 2016: 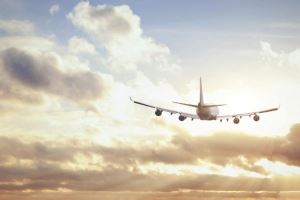 2015 was the safest year since 2010 for flying, with less than a quarter of accident-related fatalities as 2014.

Those 136 deaths, to be clear, are from airline accidents and don't include tragedies such as the Germanwings or Metrojet crashes, which were caused by pilot suicide and terrorism, respectively.

Last year the airline industry experienced just 68 accidents, of which only 4 were fatal.

To put those numbers in perspective, consider that in 2015 there was only one major accident for every 3.1 million flights.

Yes, in an ideal world we'd like to eliminate all transportation accidents.

But the fact is—despite the media constantly blowing incidents out of proportion to scare viewers—that flying has been and remains the safest way to travel.

It's just that the past year, that statement rang even more true.